For this week’s post, being the first post in 2016 and because I did it last year, I thought I would take a look back over the 3D printed and metal products, how-tos and exhibitions from 2015.

January saw the release of my O scale Union Pacific excursion train tenders.  These had already been released in N Scale and HO but to scale up to O was an interesting challenge.  Both Joe Jordan and Jim Adams were made available and they can be found here. 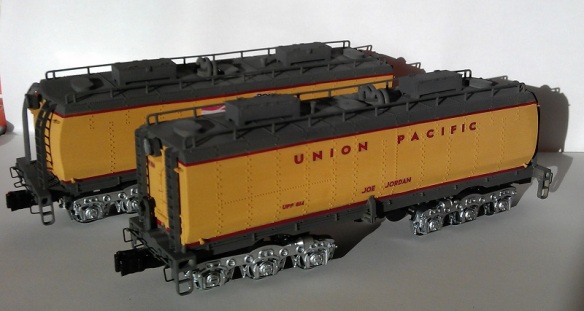 These were a lot of fun to work on after all the N Scale models and they looked fantastic.  Only the bodies and detail parts were 3D printed as they ran on Lionel trucks and chassis.  The Lionel parts have plenty of weight, which is very important with O Scale.

The other new release for January was my N Scale dummy chassis for Atlas’ Alco C-628 & C-630 body shells.

This chassis was also made available with the option to fit the original circuit board for lighting using a circuit board clip as shown below.

This chassis is ideal if you have purchased one of my Baldwin DT6-6-2000 or RT-624 kits and have a spare shell left over from the donor locomotive.  In the line up below only the middle locomotive has a powered chassis, the other two are dummies using my chassis kit.  The kit can be found here.

In February I released my replacement gears for Rivarossi F9 O Scale locomotives.

These replace the original drive gears on the axles that have a tendency to split.  Below you can see a set that has been fitted to the loco. 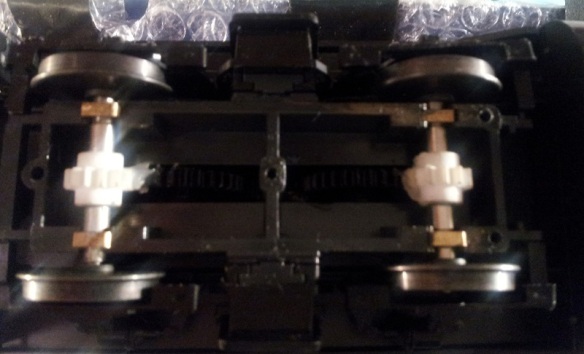 The Rivarossi F9 chassis is popular with O Scale modelers and here it is under a GP7 body shell on Mike Dobson’s home layout.  The incline is fairly steep so it’s a good testament to the strength of the gears.  They can be found here.

February also saw the start of my C-855 project which you will be seeing more of very soon.

March brought detail parts such as my replacement N Scale horns and these came in a variety of styles. 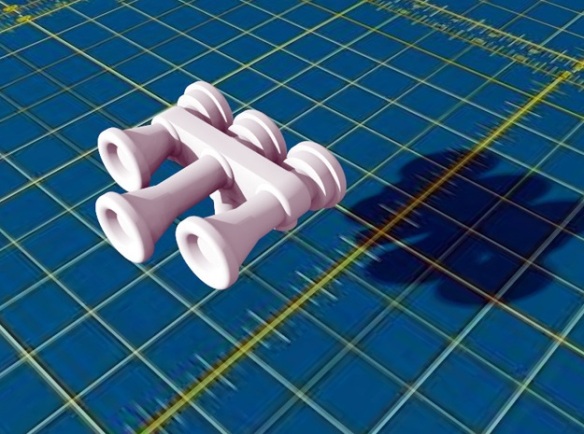 These are now available here in several configurations and there will be more coming this year.

April introduced my N Scale Etched Chain Link Fencing.  The fencing is made from stainless steel sheet and is currently available in three configurations which can be found here. 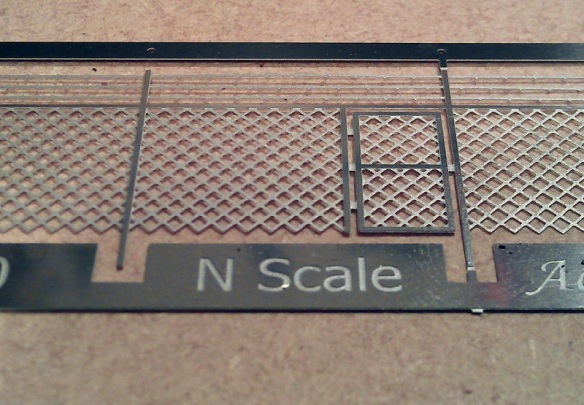 Because of the new fencing and other metal products becoming available I created an Etched Metal Additions page in the shop.

This new material has a 16 micron layer thickness which is sharper and finer than the FUD which has a 29 micron thickness.  The FUD is still a fantastic material so, as the FXD is more expensive, I now offer my models, where appropriate, in both materials.

May brought more detail parts such as the replacement eccentric rods for MRC/Rowa N Scale 2-8-4 locomotives. 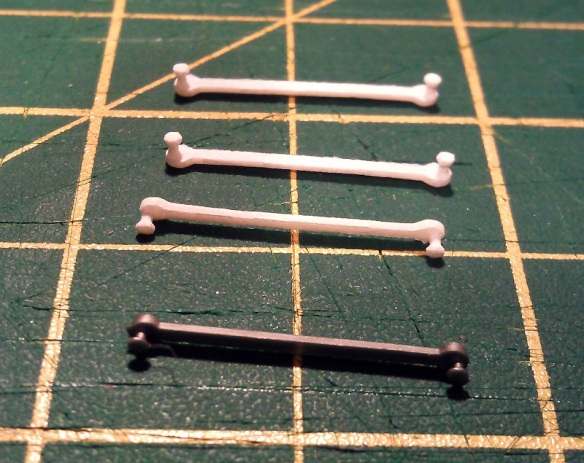 These are designed to simply clip in as a direct replacement, as you can see below. 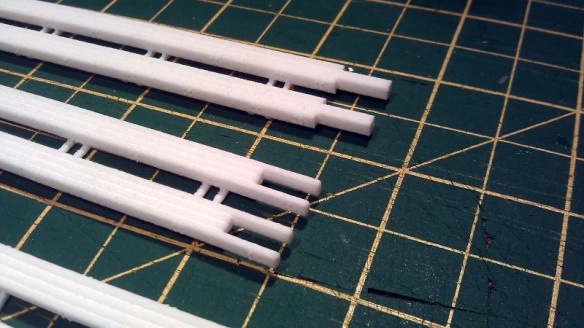 You can read more about the trestle parts in part 1 here and part 2 here. 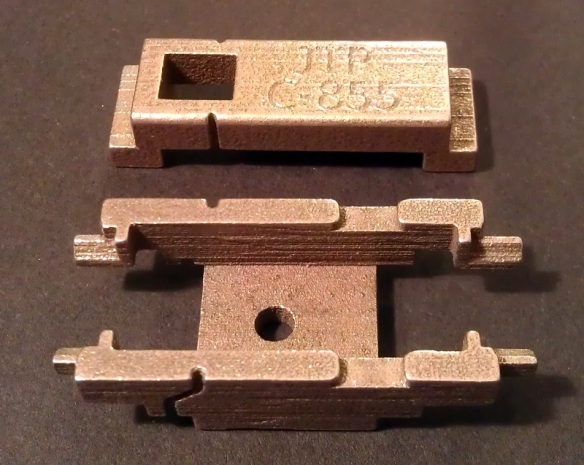 You can read more about the chassis extension here and here.

With the summer getting underway, July was a quiet month for new releases, with only a set of etched brass name plates being released for a OO gauge Schools class 4-4-0 locomotive.

The rest of the month was mostly taken up with working on my modular layout getting ready for exhibiting, and I did a how-to on casting your own rocks, which you can read about here. 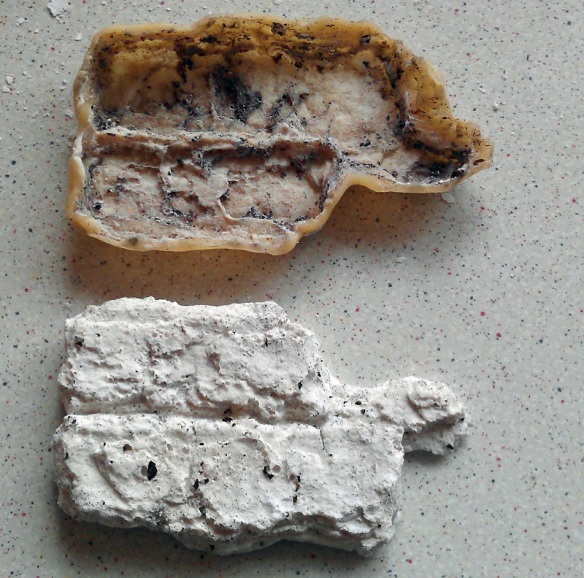 In August I gave some demonstrations including how to create cheap but effect Nut, Bolt & Washer details for trestle bents which you can find here. 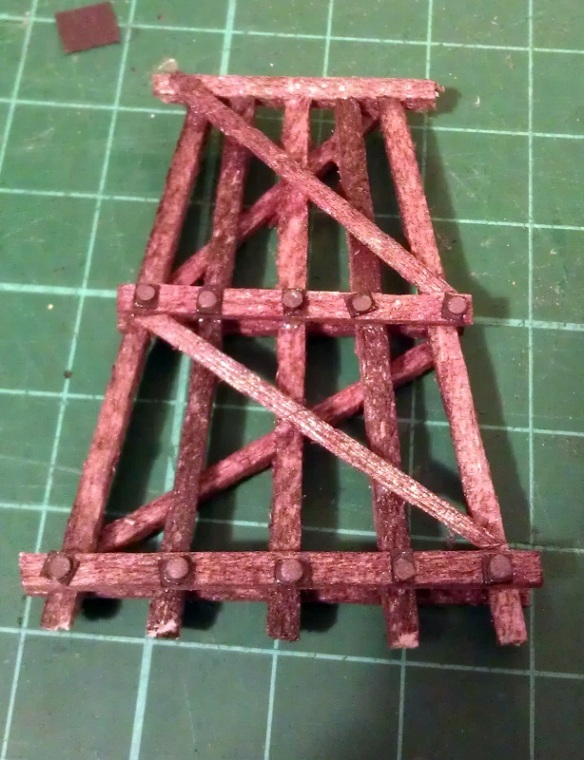 You can find my how-to on using your rocks to build river & railroad canyons here. 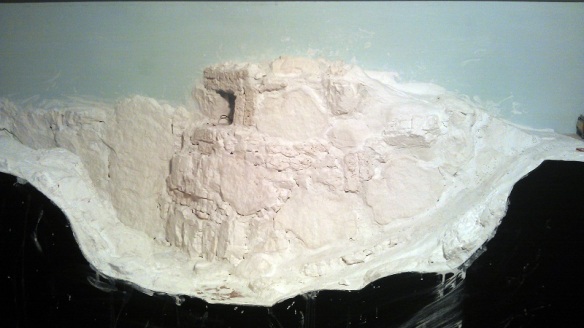 And how to paint your rocks which you can find here.

And to close out August I released my brass Addition kits for my P42 mirrors and GP7/9 detail parts. 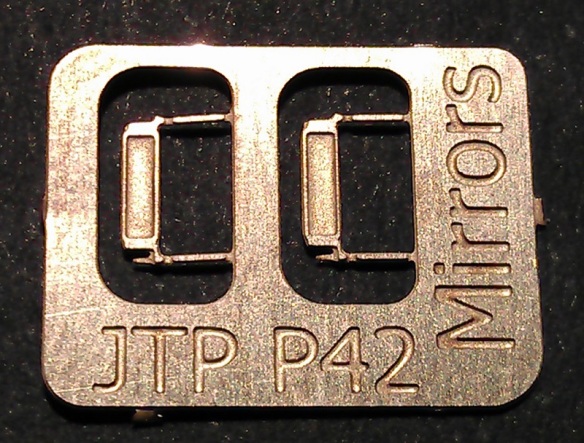 They can both be found in the etched metal Additions page here.

September brought some more replacement parts and this time it was a crank pin for a Minitrix 4-6-2 Britannia.  You can find the part here.

I also did two more demonstrations; one on how to ballast track which you can find here.

And one on how to make your own Talus and rock fall for river beds which you can find here.

November was mostly taken up with exhibition reviews (see towards the end of the post) but I did share with you my new design for 3D printed speaker enclosures which you can read about here.

These will be available shortly but for now you can see some examples of the working prototype here.

December is normally a short month for me and I shared with you a how-to on adding resistors to N Scale wheelsets for track detection.

As well as all the new products and how-tos I also visited a few exhibitions and a home layout and you can find them all below.

And that rounds up 2015, it’s been a good year and I’d like to thank you for your continued support. Here’s to a happy and finely modeled 2016!