Last week I shared with you my design for an N scale Re-Railer which can be added to your locomotives as a detail part.  You can find the post here.  This week I wanted to share with you how the 3D print came out and what it looks like on some of my locomotives.

The design for the print, as pictured below, included the mounting bar and lugs so it could be fixed directly to the locomotive chassis, as was typical on a lot of switching locomotives.

When the parts arrived they needed cleaning, as do all parts printed in Shapeways Frosted Ultra Detail material.  I did this by using my normal method of soaking the parts in Goo Gone for 24 hours, but before I did this I took some photos.  As shown below, even though the parts are transparent, the detail and shape is visible, although with an average phone camera getting the detail in focus is hard.

Once removed from the Goo Gone I let the parts dry for a further 24 hours in which time they turned opaque.  They are still hard to photograph at this stage, not just because they are very small but the brilliant white reflects a lot of the light. 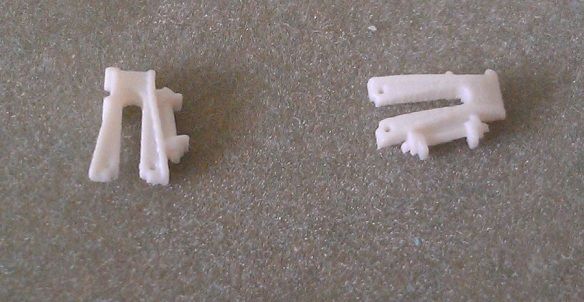 I brush painted the Re-Railers using a basic matt yellow acrylic paint.  To make sure I didn’t put on too much paint and fill all the detail I dipped the brush lightly into the paint then wiped most of it off on the side of the pot before painting the parts. 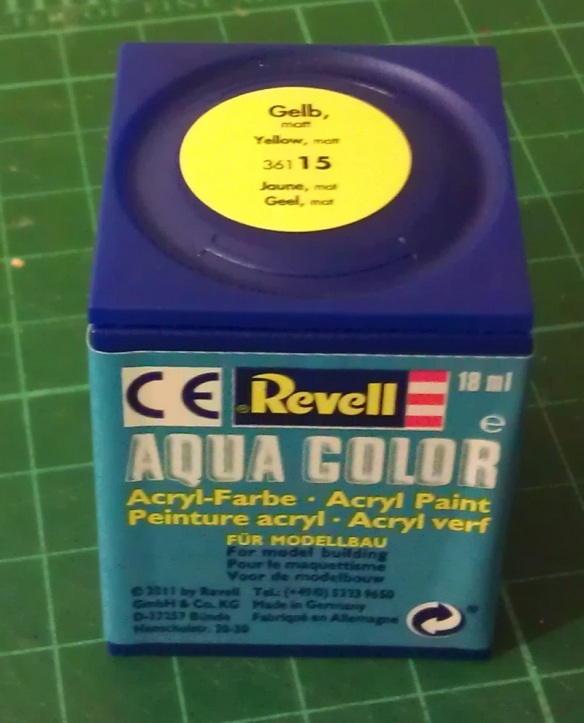 Again getting my camera to focus on such a small part created some issues as you can see below but the detail of the parts really stands out now they have been painted.

The next step was to fix them to some locomotives.  A good example of these in place on a real locomotive can be seen here and here on Canadian Pacific’s S-3 loco No. 6538.  I don’t have any S-3s on my roster but I do have various other locomotives that I want to super detail and I am starting with my Life Like Spokane, Portland and Seattle FA2s.

These models don’t have such a large fuel tank as the later FA2s so there is plenty of room for the Re-Railers to hang.  I used a gel super glue to fix it in place and I only glued it to the plastic shell and not to the models chassis, this enables me to remove the shell without damaging the Re-Railer.

The trucks swing freely without knocking the Re-Railer and it doesn’t protrude past the shell so I can still put the locomotive in its original box.

Re-Railers are more commonly found on switching locomotives and for this I often use my GP20, also made by Life Like.  The fuel tank on this locomotive doesn’t give as much room so I have mounted the Re-Railer under the shell at the center of the truck, as shown below.  This also enables the truck to swing freely as the Re-Railer is in line with the truck pivot where it moves the least.

This Re-Railer detail part is currently available in 3 different packs from my Shapeways shop or by clicking on the links below;

The GP20 locomotives also used a different style of Re-Railer which were carried on the side of the trucks; if you look closely at UP No. 475 pictured here you can see them.  I am also designing these truck mounted Re-Railers but that will be for another post.